Engineered Tax Services (ETS) continues its relationship with celebrity pro athletes. First, it engaged two-time Super Bowl winner Ray Crockett, formerly of the Denver Broncos, to act as a wealth management advisor to fellow professional athletes and performing artists. Now ETS is sponsoring one of America’s up-and-coming pro golfers, Denny McCarthy, on his PGA TOUR. As of this writing, according to the Official World Golf Ranking, he’s ranked as the 161st best golfer in the world—an amazing achievement!

As part of the sponsorship, he acts as a brand ambassador for ETS, wearing the ETS logo on his golf shirt sleeve at PGA Tour events. He’s also making scheduled appearances on behalf of ETS, while engaging in marketing and social media campaigns to promote the partnership.

“We’re honored to be associated with such a stellar athlete as Denny McCarthy,” said Julio Gonzalez, CEO of Engineered Tax Services. “I know Denny personally, and he’s a wonderful person. We’re proud to be partnering with a rising star who exemplifies our values of hard work, perseverance, and professionalism in our drive to be leaders in our field. He’s a fantastic representative of ETS, and he’s an inspiration to us all. We’re excited to be a part of his story.”

Born in Takoma Park, Maryland, Denny McCarthy has been playing competitive golf since the age of 10, starting with the MAPGA junior tour. After playing varsity golf and basketball at Georgetown Preparatory School, he played college golf at the University of Virginia, where he was a two-time All-American. While a senior, he led the United States to victory in the 2014 World Amateur Team Championship, winning the Eisenhower Trophy. He finished tied for 42nd at the 2015 U.S. Open.

After playing in the 2015 Walker Cup, McCarthy turned pro and competed on the Korn Ferry Tour. During the 2017-18 season, he finished 12th place on the 2017 Korn Ferry Tour Money List. He finished number one on the 2018 Korn Ferry Tour Money List, winning the season-ending playoff event and earning exempt status on the PGA Tour for the 2018-19 season. He’s a renowned putter who led the PGA Tour in Strokes Gained Putting, for two consecutive seasons; his 2020 season performance ranked as the second-best putting season of the ShotLink era (since 2004). As of this writing, he’s 78th in the FedEx Cup standings.

“ETS is an ideal sponsor,” said Denny McCarthy. “We’re both based in Florida, and I’m thrilled ETS and Julio Gonzalez are so supportive of my golfing career. It makes all the hard work and preparation I put into my athletic performance worthwhile, knowing there’s an organization that believes in high standards so solidly behind me. Julio Gonzalez is a nationally recognized tax reform expert and a devoted friend of small businesses in America, and I’m proud to represent ETS and what it stands for.”

Establishing your accounting firm’s voice on social media should be a top priority. If your firm doesn’t have a brand guide that includes its tone of voice, now is the perfect time to create one. It doesn’t have to be a full-blown brand guide⁠—just something that helps to establish and maintain a consistent brand voice. 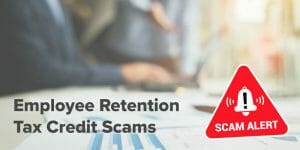 A survey by the National Federation of Independent Business (NFIB) found that only 4% of small business owners are “very familiar” with the Employee Retention Tax Credit program. Furthermore, only 32% said they were “somewhat familiar” with the incentive. Scammers are taking advantage of this unfamiliarity to collect high fees from business owners. Unscrupulous companies 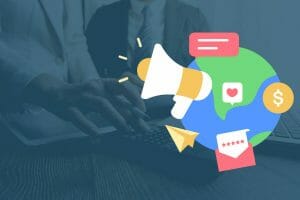 Tips for Accounting Firms looking to get started on Social Media

Getting started on social media can be confusing and hard to understand. Especially for accounting firms that keep putting it off. Yet it truly is not as bad as it seems. Trust me. I manage over 20 social accounts, many of which I created from scratch. With the busy season behind us, now is the