Which Properties Make Sense for a Cost Segregation Study?

As a property owner, cost segregation is one of the best ways for you to uncover potential tax savings and increase your cash flow through the reclassification and faster depreciation of property. Recent changes in the tax code further enhance the value of cost segregation. It is helpful to first understand which properties most benefit from having a cost segregation study.

While not all-inclusive, the following five categories of real estate are likely to reap the benefits of seeking a cost segregations study from a qualified cost segregation expert. Properties can benefit from a cost segregation study as long as they qualify for depreciation deductions. This includes most buildings and structures that are either used in a business or held for rental income, but it does not include raw land. Personal residences also do not qualify.

Section 179 expensing is different than depreciation as it allows for an immediate deduction for certain equipment in the year it is acquired. Section 179 expensing is taken in lieu of depreciation. Recent changes in the law added some real estate components to the list of property that qualifies under Section 179, such as roofs and HVAC units. A cost segregation study can help you realize these expenses currently rather than depreciating them over their class lives.

The benefit of post-sale cost segregation studies relates to the tax rate savings. Depreciation deductions, including a large final year catch-up depreciation deduction, will generally offset income taxed at ordinary tax rates. This tax deduction reduces the tax basis in the property and, as such, increases the gain on the sale of the property. Assuming the property was held for more than a year, however, the increased gain will be taxed at the much lower capital gains tax rates. This is where the tax benefit comes in—the reduction of income taxed at higher ordinary tax rates versus the increase in gains subject to lower capital gains tax rates.

There is a misconception about real estate that does not have a lot of personal property associated with it. Industrial warehouses provide an example. It is often thought that there is no benefit to doing a cost segregation study for these properties, but this isn’t true.

There can still be a significant benefit because these properties generally have a significant amount of land improvements. Land improvements generally have a much shorter class life than the building or structure. They may also have certain portions of electrical, mechanical, and plumbing that can also qualify for shorter class lives. A cost segregation study can help you realize these tax benefits sooner rather than later.

The engineering and tax professionals on the cost segregation team at Engineered Tax Services have helped real estate owners and investors significantly increase their cash flow by identifying and reclassifying assets of their building for faster depreciation. Request a Free Benefit Analysis to identify an estimated benefit and ensure a cost segregation study makes sense for your property. 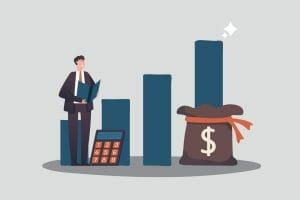 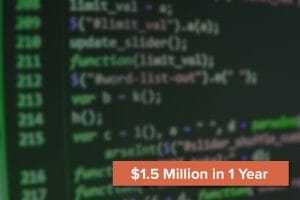